Enfeh, or Enfe, Anfeh, Anfe, is a city in the Koura District of northern Lebanon at latitude 34 ° 21'0 "North and 35 ° 44'0" East. It is located 65 kilometers north of Beirut and 15 kilometers south of Tripoli. The population is mainly Greek Catholic with a minority of Maronite Christians and Sunni Muslims.

Also, it is Known by many as the «Little Greece» for its coves and the blue and white bungalows that dot its shores, Anfeh is not a town that people simply pass by; it is a place with such solid origins in its history that it has become lovable, almost magnetic.

Remains from at least 3,000 years of human occupation lie tangled among the myrtle and brambles of these 400 meters long and 120m wide peninsula. While Anfeh has witnessed only minor excavation, Phoenician and Roman walls, wine presses, mosaic floors, and two seventh century-A.D. chapels lie bare beneath the intense sun and wind. Today Anfeh is also known for its salt production.

Today's village of Anfeh is built around the ruins of several short-lived cities going back to the pre-Phoenician period. which were sent by the governors of the coastal Canaanite cities to the Pharaohs of Egypt asking for help in repelling Amorite’s intruders. Letters written by Rib Addi, the King of Byblos, specifically mention the Canaanite city of Anfeh and state that Anfeh, after being occupied by the Amorites, fought with the Amorites against Byblos. Anfeh was conquered by the Assyrian army in the 7th century B.C.

The Anfeh peninsula was once a mighty fortress area, including the Crusader castle of Nephin, and a fief of the Counts of Tripoli. The Crusader Lords of Nephin, who were protected behind the walls of Anfeh, the vast rock-cut moat which severed the peninsula from the town, and the sea-swept battlements of their citadel, soon established a reputation as robber barons, the terror of travellers between Jerusalem and Tripoli. Around the 13th century, Anfeh was a small, fortified village surrounded by fertile fields, and it was famous for its wine production. Anfeh, as a cell or a hive sculptured out of the ground, is surrounded by walls and fortifications of enormous stones hauled from the nearby quarries.

In 1282, Anfeh was part of one of the greatest plots that marked the end of the Crusades. Bohemond VII punished the Genoese by blinding them, and he buried alive the Lord of Byblos and his family in the Fort of Anfeh.

In 1289, Sultan Qalawun suddenly attacked, captured, and destroyed Tripoli. Sultan Qalawun destroyed both castles so thoroughly that even the site of Batroun's citadel is lost from history. They cut off the peninsular fortress from Anfeh itself by cutting a large moat at sea level to the entire peninsula for more than 100 yards with living rock, leaving only a small spur in the center at the south end to support the castle's drawbridge.

-What you can do there

Anfeh attracts tourists, especially in summer, thanks to the landscape of small white houses, windmills, and salt salons on the rocky beaches along the Mediterranean coast. The historical sites, ancient churches and archaeological sites on its peninsula make it one of the top tourist destinations of Lebanon's north coast. Anfeh is equipped to welcome tourists, offering a choice of tourist resorts and activities such as Marina Del Sol and Las Salinas.

Located between the natural harbor of Nhayreh and the archaeological peninsula, the Anfeh stream consists of a rocky shore in the shape of a perfect semicircle at the bottom of which are numerous underwater sand caves. It has become a paradise for hikers and swimmers drawn by its unspoiled view and always clear water. Many swimmers enjoy the clear, wavy sea of ??Anfeh, others prefer the Olympic size swimming pools which are available for outdoor practice in summer and indoor in winter.

Anfeh is known for its clear water, one of the cleanest waters on the Lebanese coast, home to a wide variety of fish. The archeological peninsula hides many secrets at the bottom under the sea and attracts curious divers.

The waves of Anfeh were not big enough for surfing, and its rocky shores didn't help much either. although the weather is predominantly windy during summer, making it a top surf destination. Equipment rental is available in town. Recently, the Anfeh breeze is attracting Lebanon's small new kite-surfing community.

There is nothing more enjoyable than wandering around Anfeh to discover the town's hidden gems, including Our Lady of the Wind Church, with its recently restored 12th-century paintings. You can also visit the impressive ruins of the cross castle destroyed by the Mamluks.

Daughter of the wind and the sea, Anfeh was destined to become a capital of salt or "white gold". Its famous salt marshes can be admired within the grounds of the Notre-Dame Saydet El Natour convent, in the far north of the city. As an extension of the sea, sparkling with a thousand lights, these traditional structures mark the landscape with their beauty.

Anfeh is Easily accessible from the Beirut-Tripoli main highway using the Enfeh exit. It can also be reached by going north from the Chekka exit or south from the Balamand exit. The roads are satisfactory and maintained by the municipality. The road that runs through the town is the old main road connecting Beirut to Tripoli, now called the coastal road, parallel to the old train railway.

-What you can eat

I recommend you eat at Assad el Baher it is a family-owned restaurant preparing locally sourced fish and homemade food for the pleasure of their guests.

Seated on the terrace with a magnificent view of the blue waters, lunch began with a seafood salad loaded with mussels, shrimp, and crab sticks, followed by raw fish from the Anfeh Sea. The combination of appetizers is made only from seafood: fried shrimp, crab, calamari, mussels, and fresh shrimp. Dip them in the cocktail sauce and enjoy. Calamari with carrots, Provencal prawns, large grilled fish and prepared on their own, fried fish and two things that left an impression.

Anfe is one of the best free beaches in Lebanon offering extremely clean water & great area for exploration. 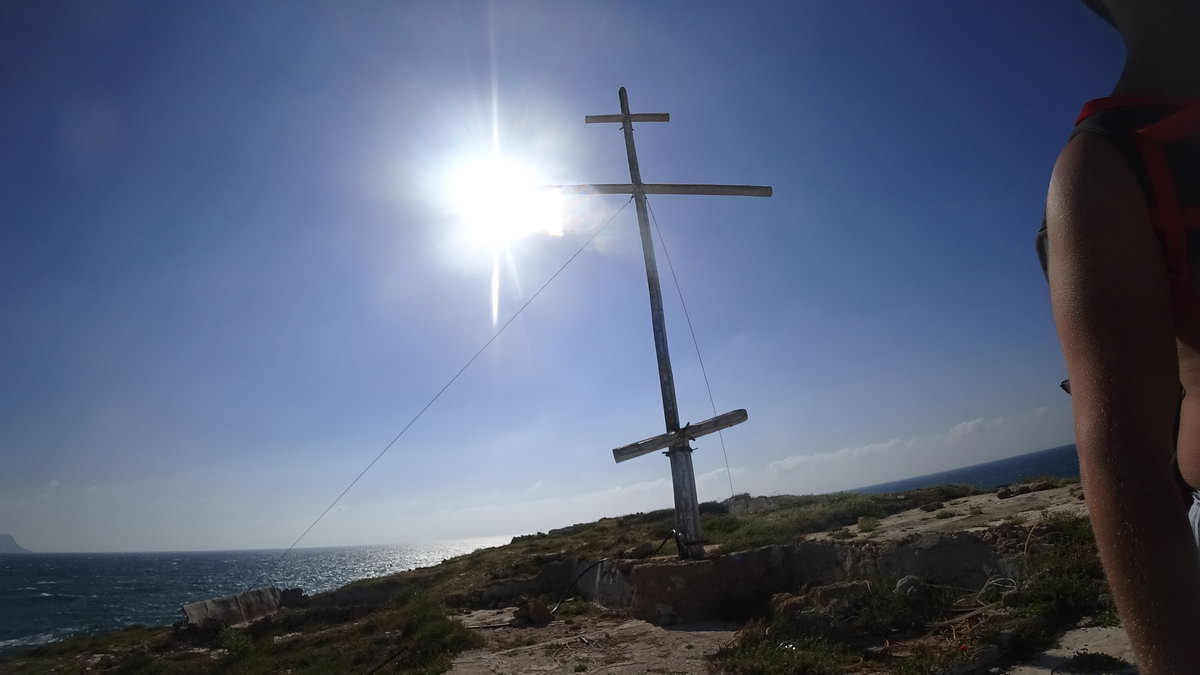 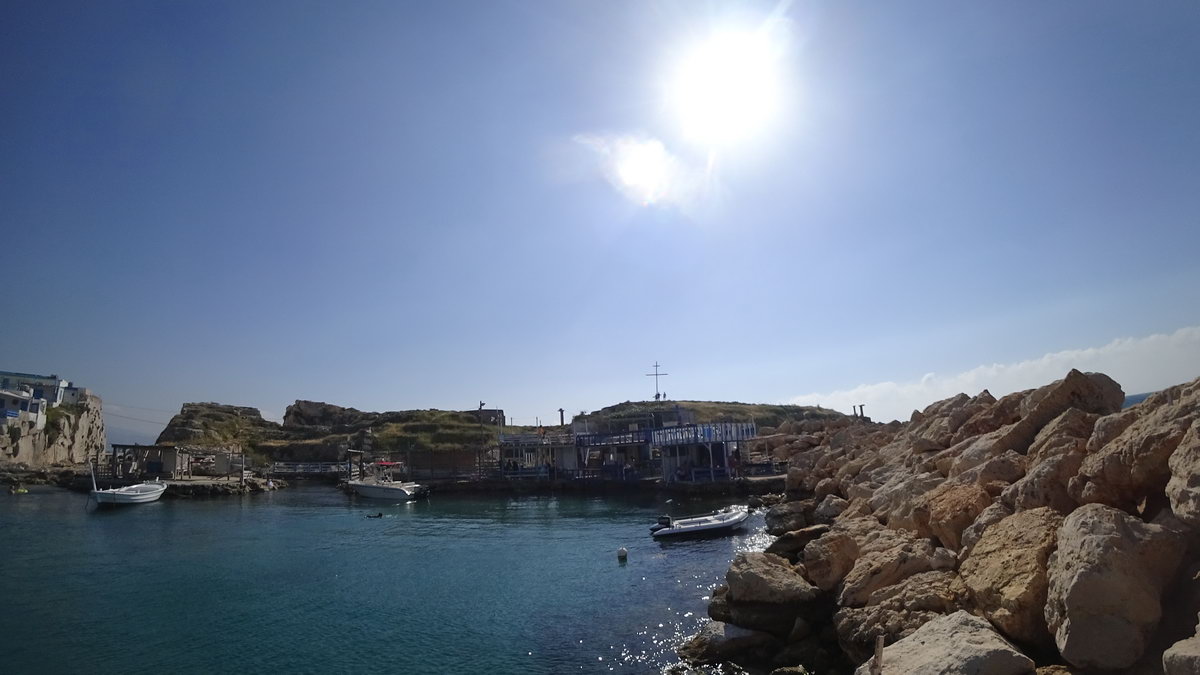 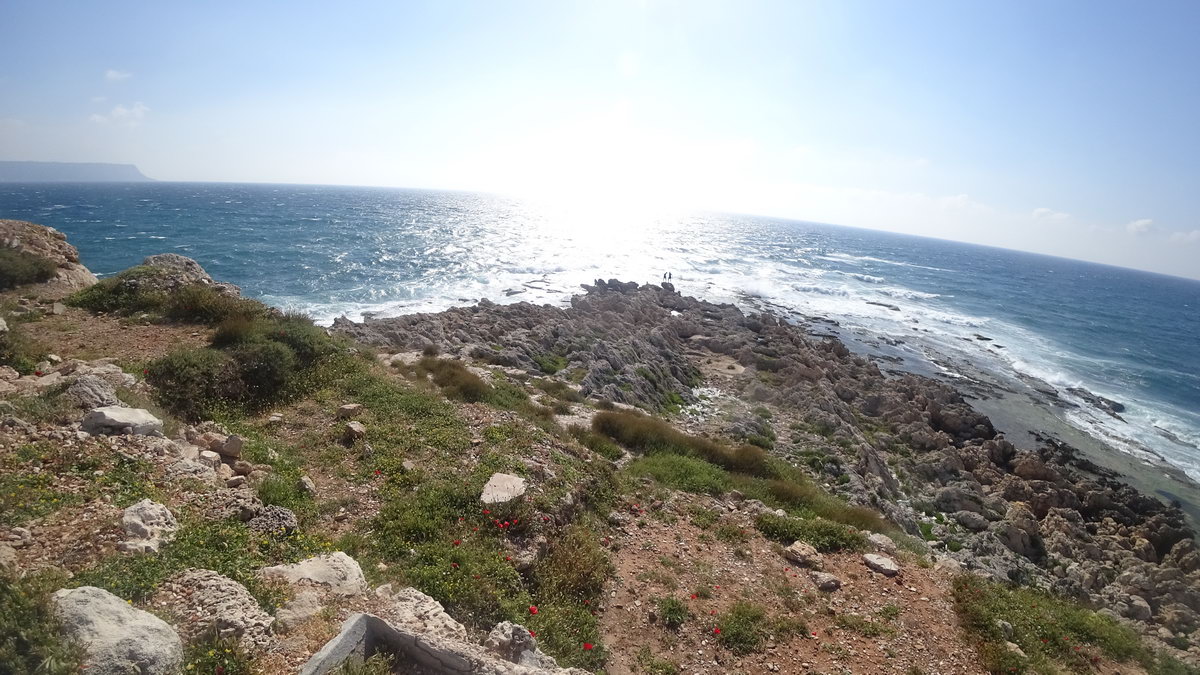 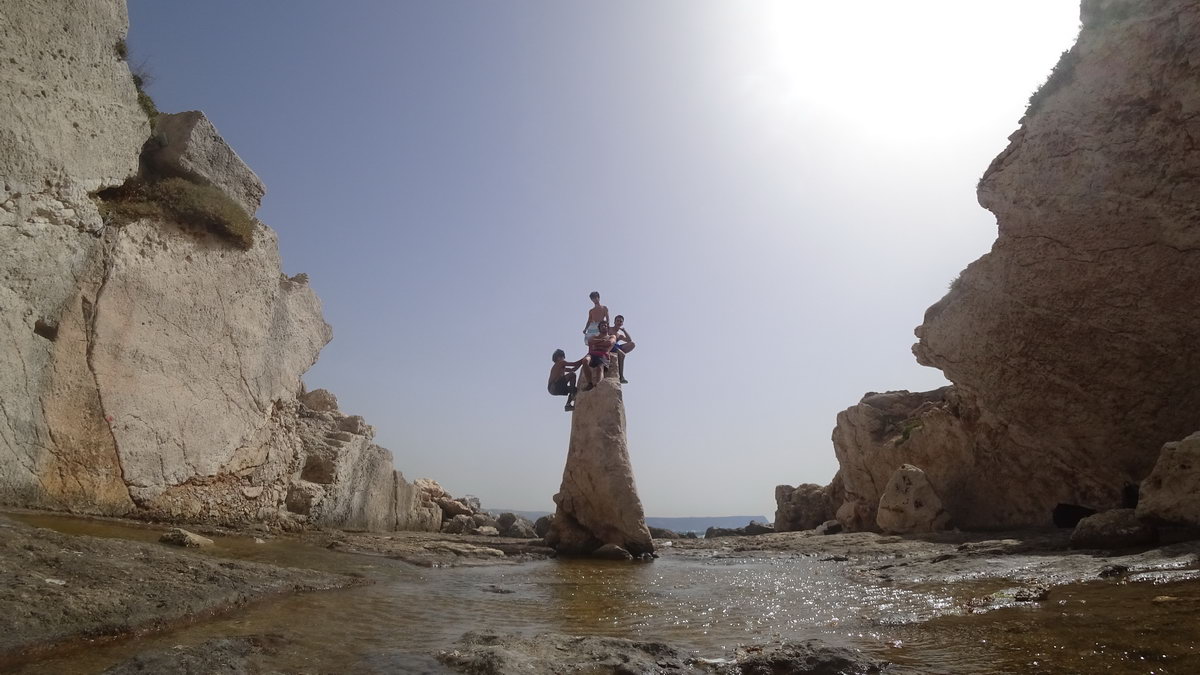 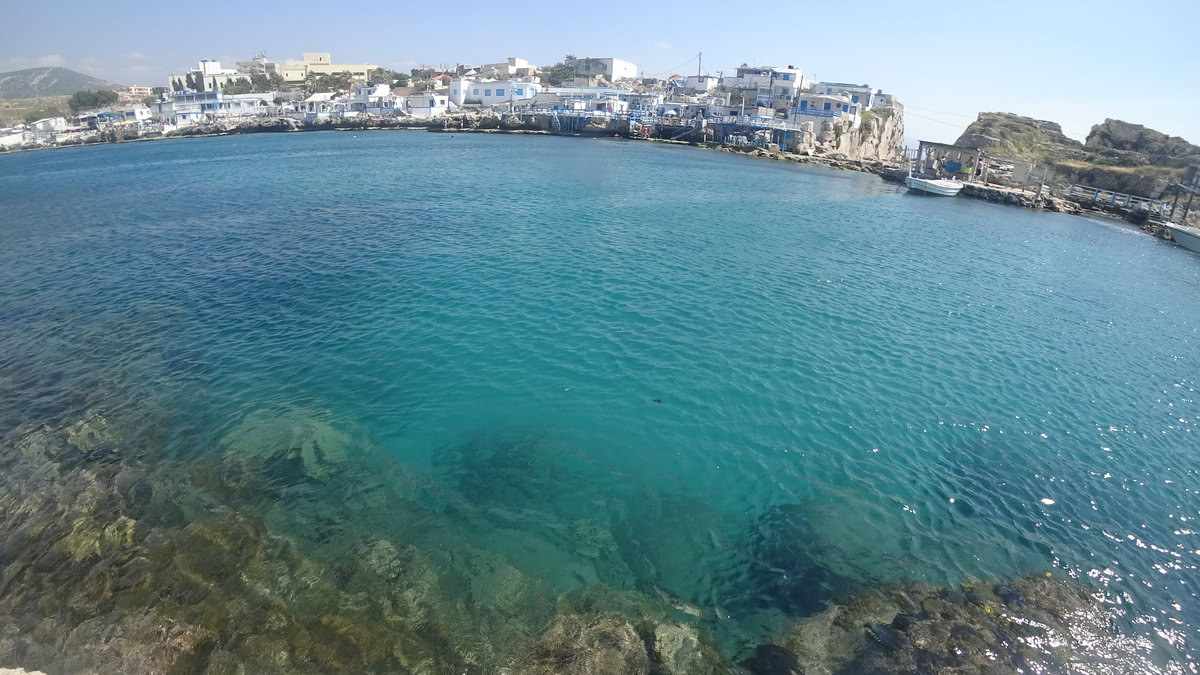 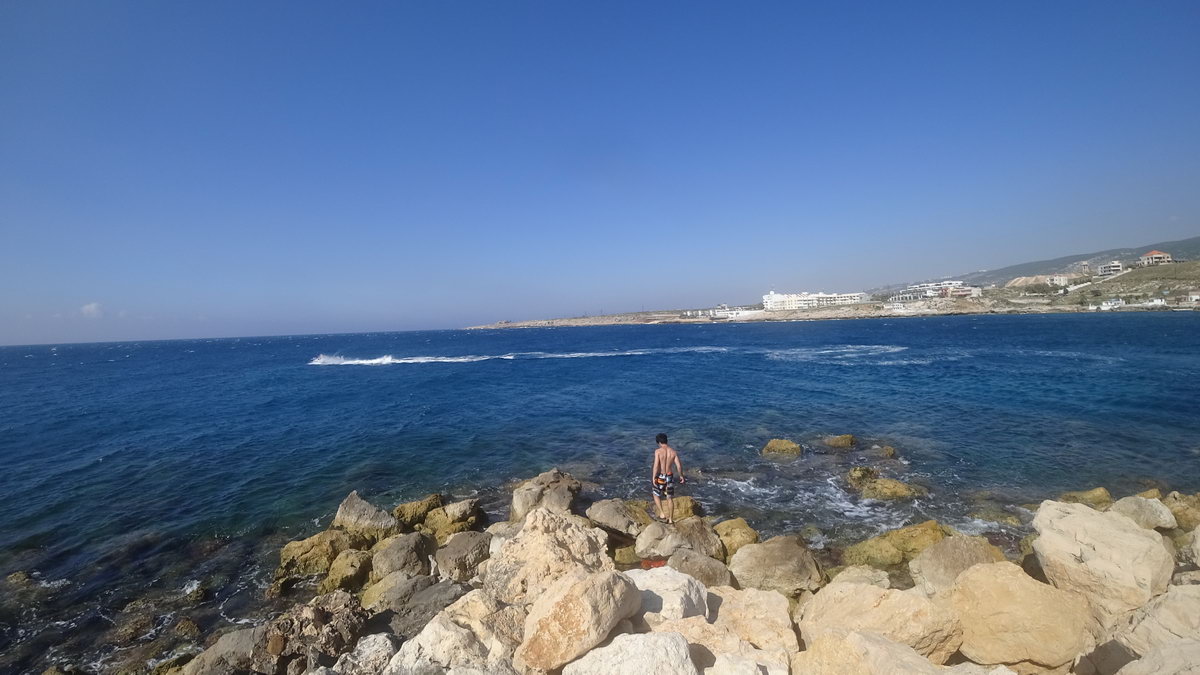