Explore old railroad and train tunnels built back from the early 1900s.

Dahr El Baydar is on the connecting route between Beirut and the Bekaa Valley.
It is at an altitude of around 1500 meters.
This road is the main leading connection that links Lebanon to Syria through the Bekaa Valley.
Getting there goes across many valleys, and once at the peak, you will have a great view over the Bekaa valley.

As you reach Dahr El Baydar, looking down the valley, you will start seeing abandoned tunnels which were part of the rail way system there. These tunnels were built to protect the train tracks from the accumulating snow.

A visit there is really nice and it offers great views in the valleys, and a glimpse into time. It's also quite interesting to imagine how life was in the past, and how all the train system used to function.

The trip there will mainly offer a visit into history. On the way to Dahr El Baydar, you will pass through several abandoned train stations, until you reach the main spot. Along the way, you will also pass by the highest bridge in the Middle East which is quite a sight.

Reaching the spot, with a small 20min hike into the valley, you will start crossing through the abandoned tunnels & travel through time.

Only some water and minor snacks are needed as the location is fairly close to the highway or parking spot, so it's easy to get back. 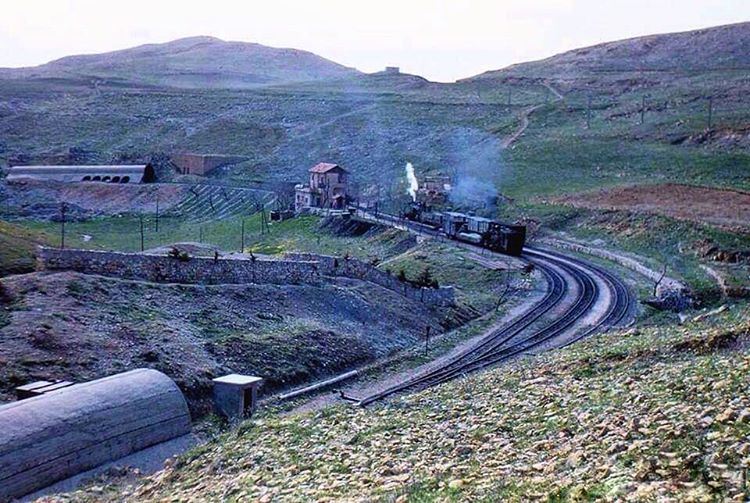 Lebanon had an advanced train network that linked Beirut to Syria and Haifa. The train network was built around the end of the Ottoman Empire, but it got heavily damaged during the Lebanese Civil War, and never got repaired.

These tunnels were built around 1930s and protected  the tracks from snow accumulation in the mountains as they get some heavy snowfall in winter.

On the Beirut-Damascus highway, you will encounter many abandoned train stations such as in Jamhour, Araya, Aley, & Sawfar.
Sawfar (Sofar) had a famous hotel, Grand Hotel Sawfar, which welcomed international artists, famous people, and politicians.

The line between Beirut and Damascus was closed in 1976. Commuter service between Dora and Byblos ceased in 1993 and the last regular rail operations in Lebanon—trains carrying cement from Chekka to Beirut—ended in 1997. The Polish diesel locomotive class SP45 for this line continued to be run once a month at the Furn el Shebbak stockyards as late as 2002, but service was not resumed.